For our anniversary (back in July), Chris made secret reservations at Hall’s Chophouse downtown. Attention to detail and superior service are the hallmarks (pun intended) of this restaurant chain.

When they found out we were celebrating our anniversary, they switched us to an upstairs table with a view of downtown. The main waiter gave up the daily offering spiel which was a feat in itself. Our secondary waiter made sure that we never wanted for anything.

The food delivery was a processional of people bringing each dish. The crowd is a mix of business groups expensing their meals, rich retirees, and couples celebrating anniversaries/birthdays.

The whole experience was exceptional but I’m not one to spend that kind of money every day. I had a wet aged steak but Chris preferred the dry aged steak. My steak was the best I ever had (it should have been for that price though). Chris says that it was his 6th or 7th best (whatever).

We got a (free) giant slice of cake for dessert. They even sent us a handwritten anniversary card a few days later.

You are paying for the level of service. The food was great overall but not life changing.

P.S. Expect to bring your wallet and leave it there. lol We think that The Strip Club in Greer is a better value. That bearnaise sauce, though. 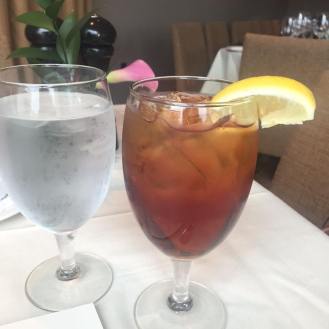 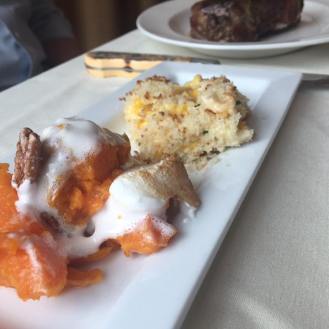