Last year, we closed on our house on December 13th. Since we planned to move right away, I had already packed everything including my Christmas decorations. We didn’t end up moving in until April. I’ve been “crying” ever since that I never got to have a Christmas. This year, I have been looking forward to Christmas with great anticipation.

It is amazing to look back at old pics and see how far things have come in that time period. Chris and I have been in negotiation about the tree color scheme for a few weeks. It is interesting how guys don’t care until they do sometimes. (Can I get an “amen”!)

Chris favors a traditional Christmas look which was cemented further after he saw his mom’s Christmas tree last week. I, on the other hand, have more of a sparkle-shine-metallic aesthetic. On Monday, we pulled into the first Christmas tree lot that was open late and checked out the inventory. Our goal was not to overwhelm our tiny house while avoiding the Charlie Brown look.

We found a tree after a few minutes. I am a quick study while Chris likes to consider all his options. Side note: I had no idea that trees were so expensive. My Dad always got a real tree for our living room and I never really considered the cost. They are not cheap but the smell is worth it. 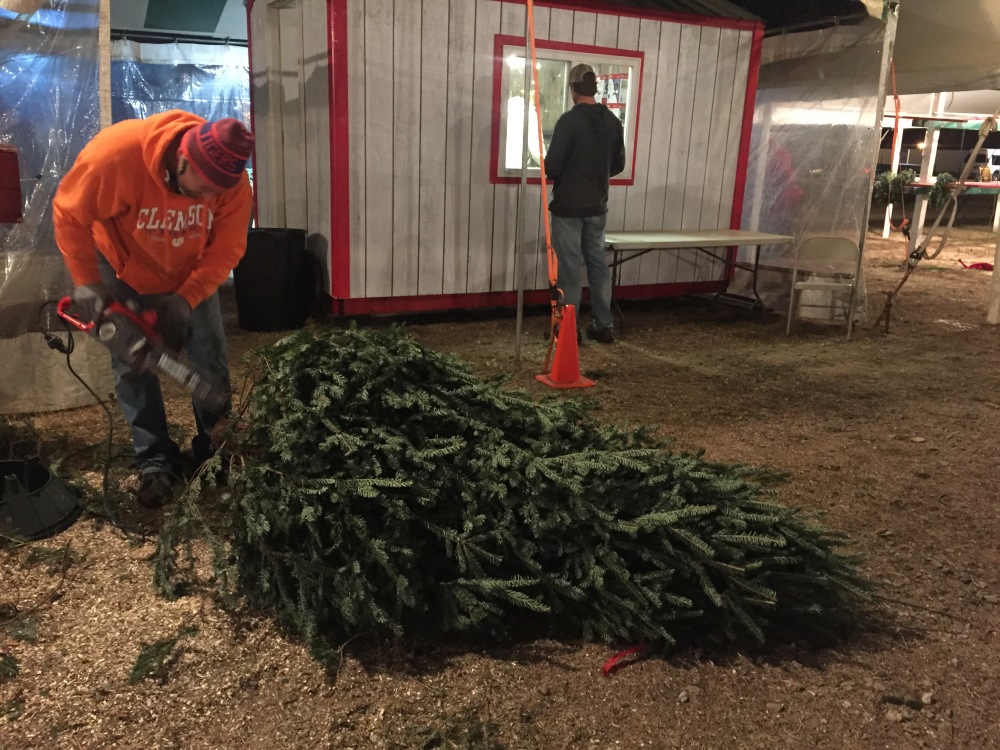 After we got the tree inside and trimmed up, Chris had to go in to work so I decorated it by myself with the aid of Amazon Prime playlists. For the health of our marriage that was probably for the best.

Originally, I stuck to my copper/metallic vision which did look nice. It was fun to go through my boxes of ornaments (that is another story). Chris came home and out of the goodness of my heart I decided to try a few red bulbs with the metallics. To my surprise, it didn’t ruin my copper theme. As per usual, our tug of war results in a compromise that is satisfactory to both parties.